Veljko Milkovic was born in 1949, in Subotica, Yugoslavia. In 1952, his family moved to Novi Sad, (now Serbia) where he has lived ever since. His formal education ended with secondary school (High School) where he studied History. Veljko’s interests in past events lead him to explore the vast caverns underneath the Petrovaradin Fortress, an ancient fortification just outside the Novi Sad city limits. His archeological discoveries in the area made him famous, and a popular tour guide of the caverns.

But Veljko Milkovic is also a researcher, an inventor, and a writer. His scientific work has always focussed on creating a better future. To date, he has worked on over 100 different inventions, and has received 23 Serbian Patents. Veljko has also received many domestic and international awards for his work over the the last 30 years.

In the late 1970’s, he invented a self-heating, eco-house with a number of remarkable innovations. In the last 30 years, many such eco-houses have been built in Novi Sad and the surrounding areas.

Veljko has participated in over 30 scientific gatherings in the field of energy and ecology. Among his various domestic and international awards, he has received November Charter of the City of Novi Sad, in 2002 for his significant contributions in the fields of ecology and energy.

Also in 2002, he received a Gold Medal at the Novi Sad Fair for his invention of the “hand water pump with pendulum”. This remarkable innovation makes pumping water 93% easier. The person wishing to pump water simply swings the pendulum, like a child on a swing. The shifting weight of the pendulum does the work of pumping the water. 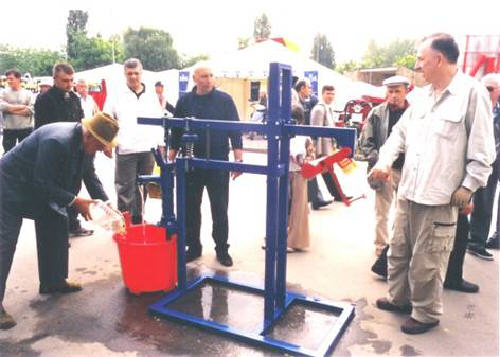 In the last few years, Veljko has continued his work in the field of single and double acting mechanical oscillators, which represents one of the most convincing demonstrations that centrifugal force can be harnessed to do real work. These deceptively simple mechanisms allow humanity to access a new source of energy based on inertial forces and gravitational potential.

In one set of experiments involving his water pumps, Veljko demonstrated the ability to pump 12 times more water with his device than the same amount of input energy would have pumped directly. In the last 10 years, no one has seriously disputed either his research or his discoveries. With these achievements, Veljko has laid the foundation for a new method to multiply the benefit of operating simple mechanical devices.

He has also identified a new class of machine referred to as a Mechanical Amplifier.  These machines establish a resonant oscillation between centrifugal force and gravity and evolve useful, mechanical work as a by-product.  This second order motion decouples the output of the machine from the standard limitations of Newton’s Third Law. The implications for physics in the 21st century cannot be over estimated.

For more information on the work of Veljko Milkovic, please follow these links: 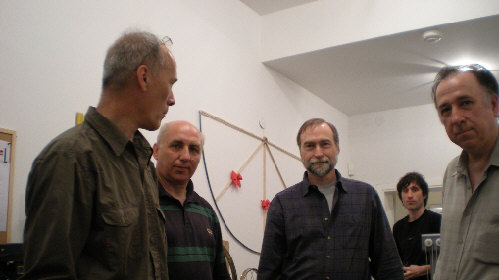 I visited Veljko at his lab in Novi Sad in May 2008. It was a great honor to meet the team of people who work with him and see, first hand, his remarkable inventions.

You Can Save Over 50%
on your Home Energy Costs
with This Amazing Book!

The HEAT in the Ambient Air
can Power Our World.
Find Out More, with…

Many of Tesla’s Secrets
You Have Never Heard of Before!

The Natural World is
in Perpetual Motion
Here is How Our Ancestors Tapped it!